Pat’s passion has always been to help people with Mental / Physical or Emotional Problems like Stress / Anxiety Depression. Pat found the best way to reach out to help people was by Volunteering and doing Courses. Pat has recently completed H.S.E. Training in ” Applied Suicide Intervention Skills Training “ ASIST, to help people that may have suicidal thoughts.
Pat has volunteered with the Hospice in Raheny, completed a HSE suicide alertness workshop, and worked with Bethany Bereavement.  He also worked with ‘Lending Hand’  helping and Feeding the Homeless. Pat appeared on the RTÉ 6.o.clock news on the 9th Nov 1986 where he had joined a group of volunteers to search the Dublin mountains for Philip Cairns who had been reported missing. Pat has certificates in counselling, psychology and bereavement. He spent time in Estapona,  Spain doing advanced Bio Energy Healing. He also completed an Angel Healing Course and a mindfulness course in Maynooth University to run mindfulness groups.
Pat ran mindfulness groups in Artane Lady of Mercy Church and in Artane /Coolock Resource Centre. He is currently completing 2 new courses to help him to help people.
Pat is passionate to help and support people, to deal with any problem that they may be facing in their life. Let it be stress, anxiety, depression, bereavement, fibromyalgia, worry, bullying, work or relationship Issues.  After over 65 Years of life, personal experiences and helping clients, there is very little anyone can throw at him that he has not been through himself.
From the time that you make the phone call to Pat, you will feel his help and support. He will send you directions to help you find his Healing Room in Artane in Dublin.  He will meet you at the door with a smile to welcome you in, that will help you feel relaxed
He will even help you find Parking if that is a problem.
No matter What your Problem, you can be helped .
Contact Me
Book Appointment 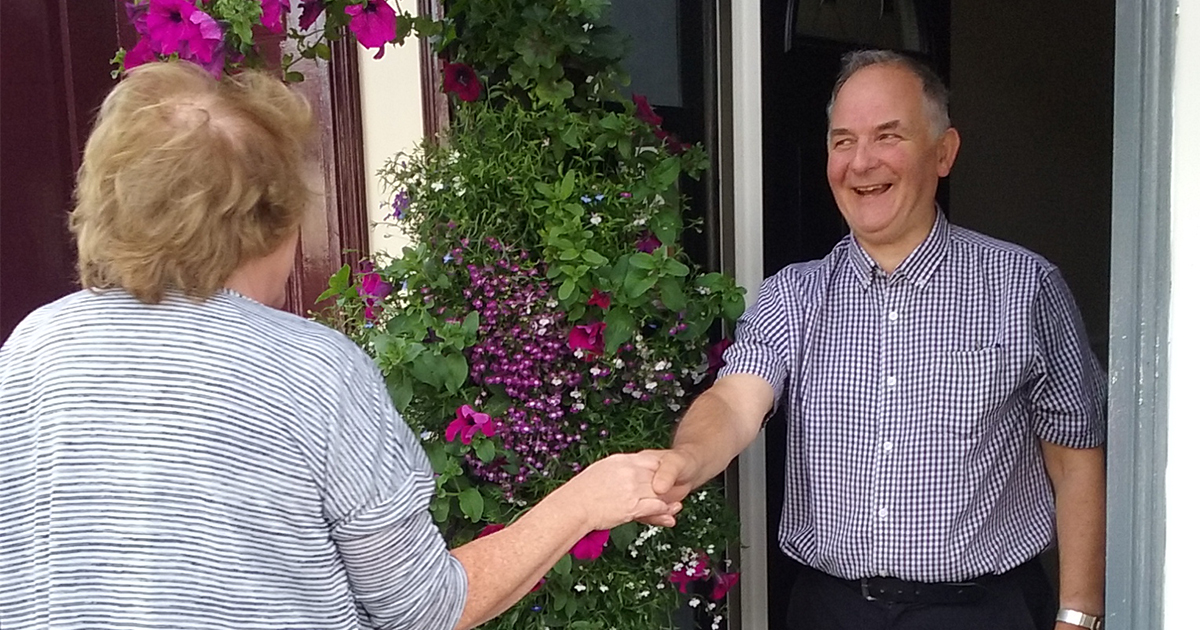 Following a heart attack in 2009 that Pat put down to work related stress, he decided that at 65 years of age he need a change of lifestyle. He decided to do a course in bio-energy healing. This was the best decision in his life, not only did he find his life purpose, but it probably saved his life.

As part of this great course he had to have case studies for his exams, whereby you would take people who have some ailment and never had bio energy healing before. He would work on them for a number of sessions, keeping a record of everything that happened in these sessions. At the end of the treatment, the client would provide feedback detailing how they felt before the sessions and after.

One of his case studies was Angela, a neighbour who had chronic back pain for 20 years. Following their sessions she never had the pain again. He has to state at this stage, that it does not work for everyone. He would never give people in pain false hope. It is brilliant if this works for them, however, everyone is different.

He graduated the bio-energy-healing course in 2010, the week he started to draw the state pension, after that he got a half hour on The Mooney Show on RTE Radio 1. He will help anyone that would like to do the course.